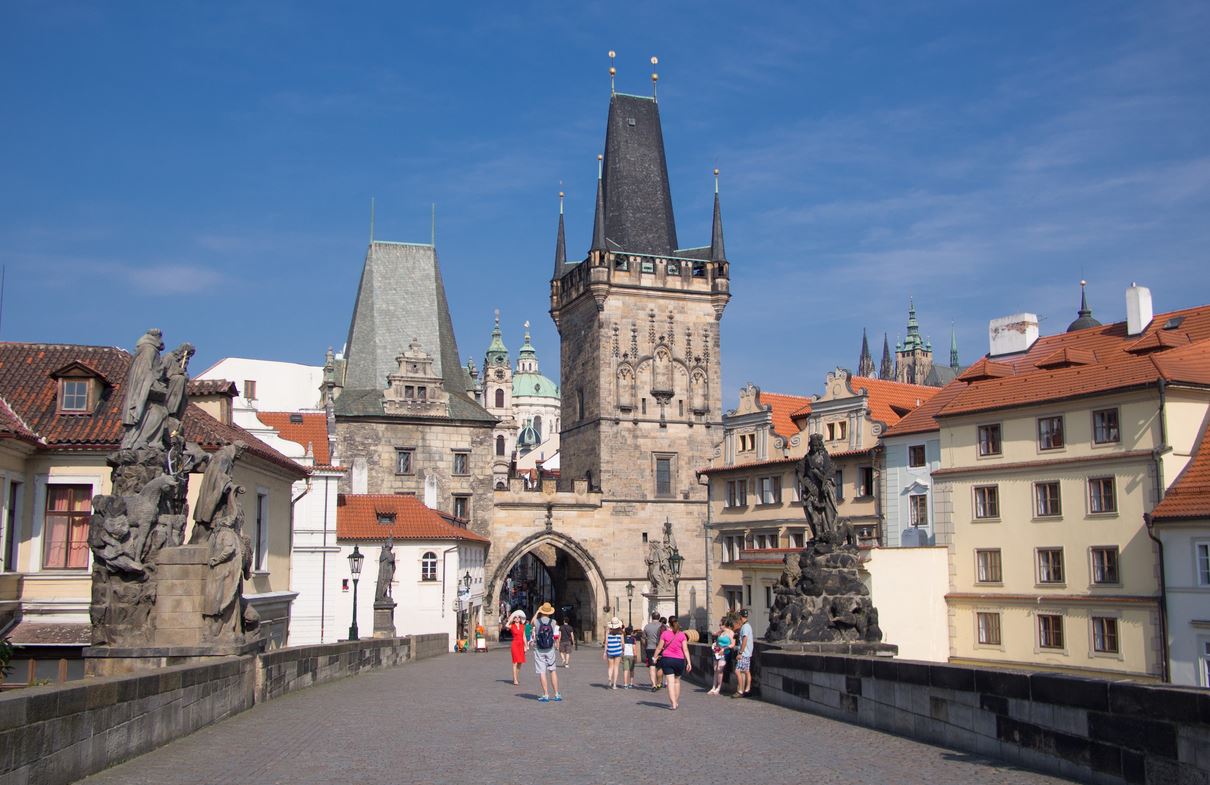 The Castle district of Prague is the highest and the topmost part of the city.  The main center of attraction at this region is the Prague Castle itself. Though this Castle Quarter is already too large and is abounded with many other centers of attractions, palaces, churches and monasteries. Some of the popular tourist destinations at this castle district of Prague are:

•    St. Vitus Cathedral: This castle is located at the center of Cathedral and is the most prominent one in the Czech Republic. The cathedral is as old as to the 14th century and was not completed till the medieval period. Its highest tower was completed in Renaissance and Baroque styles that are too new architectural designs in comparison to styles of 14th century. Its Western portal and both Western towers are even younger and were completed about in the early 19th and early 20th centuries. St. Vitus Cathedral is the place of royal coronations and also the location of the remains of several famous Czech Kings. The cathedral has many a good number of things to see there as the stained glass Rose Window in the west portal, the stained glass window by Alfons Mucha, the tomb of St. John of Nepomuk made of pure silver, the Royal Crypt underneath the cathedral (with the graves of Charles IV, his four wives, Wenceslas IV, Ladislas the Posthumous, George of Podebrady, Rudolf II, and Marie Amalie of Austria, the daughter of Maria Theresa of Austria) and the stunning St. Wenceslas Chapel and others.

•    Old Royal Palace: It is the original seat of Czech rulers. While entering into it first you will face the Vladislav hall that is the largest high-Gothic vaulted space in Central Europe. Its other rooms include the Palace chapel and throne room. At the end of the exhibit, there is the “The Story of Prague Castle” that shows the artificats from the past of the castle.

•    St. George’s Basilica:  It is the 2nd oldest church in the castle and presents a colorful Baroque facade. Its interior is visibly older and presents the burial place of the Premyslid family and the first Czech saint, Princess Ludmila.

•    St. George’s Convent: Many of the branches of the National Gallery are situated inside the first convent in Bohemia. Presently, it shows the collection of the Czech Mannerist and Baroque art.

•    The Golden Lane: At the rule of Rudolf II, goldsmiths lived here in a lively alleyway filled with there tiny and small workshops. There Tiny, cobblestoned walkway was remained filled with brightly-painted little houses, where modern man has a hard time standing with the low ceiling.

•    Prague Castle Picture Gallery: Located in the original castle stables. It includes the Renaissance and Baroque art, consisting parts of the original

•    The State Rooms at Prague Castle: They are open to the public for two days of the year as they are primarily used for the President.